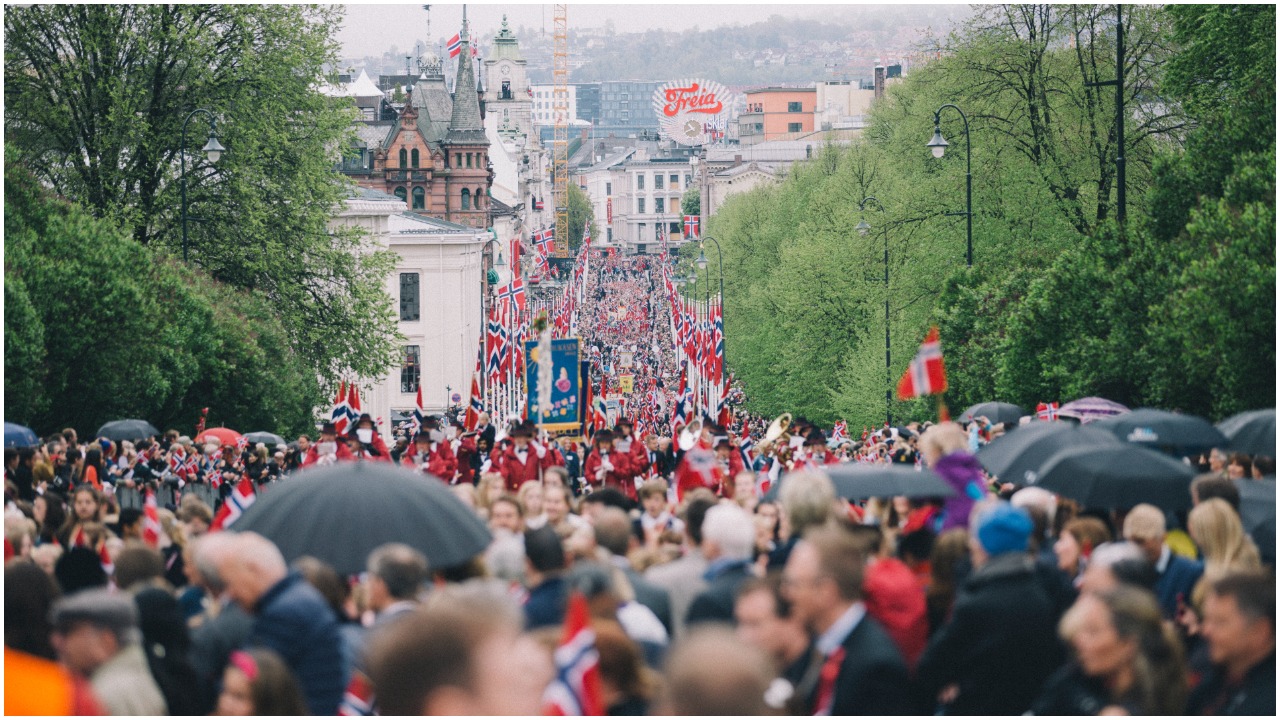 The cost of living in Norway, Norway is a tuition-free country for public universities, but that does not mean students don’t need to prepare for life as students, Norway is one of the most expensive countries in Europe. But with the free tuition fee for international students, they should expect to provide a way to cover their living expenses.
Talking about Nature in Norway, aside from the free tuition fee and the standard of education, although it’s cold, a lot of natural attractions such as Northern lights, Midnight sun, Fjords, Mountains, National Parks, waterfalls, Glaciers and many more.

Norway speaks English as their school language in most cases, a series of programs and courses are taught in English, almost every Norwegian speaks English. As an international student seeking a work permit, it is advisable you learn how to speak Norwegian this will serve as an added advantage for him/her.

The University of Oslo is of the best public higher education university in Norway, and it has huge numbers of student’s enrollment every year, with series of programs and it has different faculties which include: Humanities, law, mathematics and natural sciences, medicine, dentistry, social sciences, and educational science.

Norwegian university of science and technology

In addition, students of the Norwegian University of science and technology enjoy the urban life and cultural mix in most of the cities where their campuses are situated.

Oslo metropolitan university has over 20,000 students, it was established in 2018 and is the second youngest new university in Norway. Which has three campuses which include Pilestredet campus which is the largest, and Kjelier campus is the second-largest, lastly Sandvika Campus. It has four faculties that offer several courses such as faculty of health science, faculty of education and international students, faculty of social sciences, faculty of technology, art, and design for both local and international students.

Western Norway University of Applied Sciences is a public university in western Norway, with over 17,000 students who offer series of undergraduate and graduate courses in the disciplines of Education & Arts, Engineering & Science, Health & Social Science, and Business Administration. It also has a diving school – as well as research centres for Evidence-Based Practice, Education, Health, Kindergarten Knowledge, Food, and Maritime Activity. It has four faculties across all the five campuses which include faculty of education, Arts and Sports, faculty of health and social sciences, faculty of engineering and sciences

As one of the Norway free tuition fee universities, western Norway University of applied sciences is established in 2017, is one of the largest universities in the country, and it graduates over 3500 candidates every year.

Lastly, the Western Norway University of applied sciences has the main focus in terms of research and the university has good support and meets up to some international standards, some of the research areas are Technology, safety, public health, sustainable development, and many more to be mentioned.

The University of Offers Degree programs in the fields of Fine Art & Music, Humanities, Law, Mathematics & Natural Science, Medicine, Psychology, and Social Science. The university is known and recognized as Research University.

The University of Stavanger is a public university located in the city of Stavanger, Norway. It was established in 2005, it has about 12,000 students including international students with at least 10% of the numbers, and it offers a broad range of programs at Bachelors program, Master’s Program (five-year and two-year), and PhD. Programs.

In addition, the University of Stavanger English language test requirement which they accept IELTS, TOEFL, PTE and they also accept proofs of English proficiency.

The University of Stavanger is a state-funded university that does not charge tuition fees for both Norwegian students and international students, only charge for student welfare organizations. Studying in the city of Stavanger is very safe and it is a city for tourist attractions.

The Norwegian university of life sciences is a free public university situated in Norway, which was founded in the year 1859, it is one of the oldest universities. Norway’s fifth-best university offers degrees in the fields of Biosciences, Chemistry, Food Science, Biotechnology, Environmental Science, Natural Resource Management, Landscaping, Economics, Business, Science, Technology, and Veterinary Medicine.

I hope that this article on Cheap University in Norway was helpful.