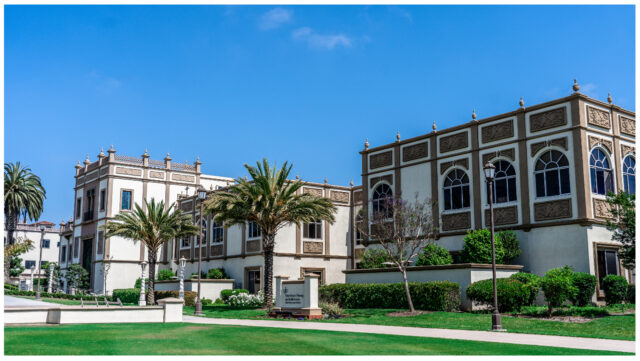 There are top nursing schools around the world, and Portugal is one of the best countries for nursing. in this article, I will be discussing the top Nursing schools in Portugal.

Thanks to advancements in a variety of fields, including technology, studying abroad have been much simpler in recent years. On the internet, you can quickly and easily choose your preferred location and submit an application. One of the most popular study locations in Europe and the world is Portugal. Portuguese people are friendly, and the country’s geography and other factors contribute to its high ranking on this list.

Portugal is a popular choice for nursing studies within the European Union due to the country’s affordable living and tuition prices. The benefit of enrolling in a nursing program in Portugal is that you will graduate with a degree that is recognized throughout the EU and be able to live and work in a nation renowned for its rich history, culture, and wonderful environment.

The excellent caliber of Portugal’s programs designed to educate the upcoming generation of nurses reflects the country’s strong regard for the nursing profession.

Portugal recognizes the concept that nurses are an essential component of society through its top-notch educational system. You can enroll at one of the institutions as a nursing undergraduate or graduate student.

In Portugal, obtaining a Bachelor’s degree in one of the nursing specialties is the first step toward becoming a nurse. Numerous schools across the nation offer Masters and Doctorate programs for postgraduate students. For instance, you can select between masters and doctoral nursing programs at CESPU and the University of Minho. As a result, you may always select a course that best meets your needs, regardless of your level of education.

Cost of Studying Nursing in Portugal

The financial aspect of things is a very important consideration while choosing a university. It’s important to note that higher education institutions in Portugal, including universities, are free to determine their tuition prices for both domestic and foreign students. In Portugal, the average cost of an undergraduate nursing degree is €1,250, and a postgraduate nursing degree is €3,000. On the other hand, tuition at private schools can reach €3,900 annually for all levels. The precise sum will, of course, vary depending on whether the student is from an EU or non-EU country, with the latter paying a higher amount of money, as is the case in most European nations.

Do you intend to pursue nursing studies in Portugal? Here is a list of Portugal’s top nursing programs.

The top nursing school in Portugal is Cooperative de Ensino Superior Politécnico d’Universitário, also known as CESPU. The organization was established in 1982 with the goal of advancing the medical and scientific fields. CESPU now has 4,000 students enrolled in over 100 degree- and non-degree-granting programs. It is also important to note that the university’s courses all adhere to the Bologna process, making them recognizable around the world.

The four-year Bachelor’s Degree in nursing program is one of the main ones offered at CESPU. Eight semesters, or four years, are divided up into both yearly and biannual subjects. Depending on your preference, lectures are either given in English, French, or Portuguese. Students in nursing programs in Portugal have the opportunity to hone their abilities through hands-on training. After completing this course, you will be qualified to work as a nurse while you wait to be registered with a nursing association.

The greatest nursing school in Portugal is the ESEL, the Superior School of Nursing of Lisbon. Its goal is to serve as a hub for nursing science and culture invention, development, transmission, and diffusion. The school was created as a result of the amalgamation of four existing nursing schools, and it has been in operation under this name since 2007. Portuguese is the language of instruction.

The undergraduate nursing degree is intended for high school graduates with a strong background in biology, physics, and chemistry who wish to get ready for a nursing job following graduation. The curriculum equips graduates with the skills necessary to work as independent caregivers or in private healthcare facilities for individuals, families, and communities. The undergraduate nursing program at ESEL lasts for four years.

The Higher Schools of Nursing of D. Ana Guedes, City of Porto, and Sao Joao were combined in 2007 to become ESEP, Porto’s nursing school. However, since 1896, when a course for nurse training was developed at the Hospital General de Santo Antonio, there has been some sort of nursing school in Porto.

The Nursing Degree Course, which is the initial level of degree instruction available at ESEP, is a four-year program at this top nursing school in Portugal. After that, the school offers a range of postgraduate specialization options for students who want to advance in their nursing careers or for professionals who want to learn more about particular nursing specialties.

The nursing degree program is divided into two 2-year phases, with the first time integrating theoretical courses and the second period concentrating more on clinical practice and internships. The Ordem dos Enfermeiros will grant you the title of general care nurse once you have successfully completed the undergraduate program at ESEP.

The Universidade de Trás-Os-Montes e Alto Douro (UTAD) is the last contender on our list of the top nursing schools in Portugal. This public university was started in Vila Real in 1986. Nursing and health sciences are just two of the many fields in which UTAD grants undergraduate and graduate degrees.

For instance, improving the decision-making process of anyone considering a nursing career is one of the general goals of a master’s degree. Students also get knowledge about the history of this profession historically and the potential effects of theoretical and philosophical issues on their careers. Only four semesters and 3360 hours make up this curriculum (620 contact hours). Check the school’s website for any updates and the application procedure if you’re interested in joining UTAD.

Every university in Portugal has a specified requirement that applicants must fulfill in order to be accepted into the school. Depending on your place of origin, the admissions procedure may take longer if you intend to study nursing in the nation. Entry tests must be passed by students who are not EU citizens. The final exams may be substituted for this for those arriving from EU nations or those who have resided in Portugal.

The English test for non-native speakers is another prerequisite for nursing studies in Portugal. The recognized exams are the TOEFL iBT, IELTS, PTE A, and C1 Advanced/C2 Proficiency. It’s crucial to learn Portuguese, nevertheless, as the bulk of courses at institutions are taught in that language. Your personal statement, which will be used to find out more about your prior experiences in education or similar sectors, may also be requested by some institutions, like UTAD.

I hope that this article on the best medical schools in Portugal for international students was helpful.