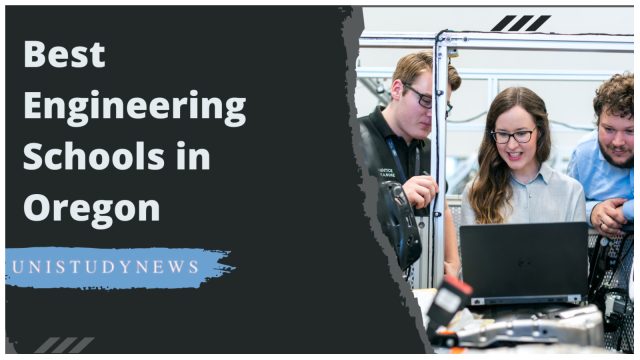 Numerous students from all around the United States and the world select Oregon as their place of study. Oregon is most recognized for its varied, stunning landscapes, which include rolling mountains and a lot of wood. Oregon offers everything that international students are seeking, including nature, excitement, and, of course, a top-notch education. The landscape of Oregon is diverse, with waterfalls and rain forests near the coast, volcanoes, and hills in the middle, and arid deserts in the east.

More than fifty schools and universities, including seven public universities, are located in Oregon, the ninth-largest state. International students can choose from a choice of undergraduate and graduate programs at these universities. Prospective students have the option of living in a big metropolis like Portland or a smaller town anywhere in the state. Large institutions like Portland State University and other minor private universities, including Reed College, are located in the “green” metropolis. International students are increasingly choosing Oregon as their study destination in recent years.

Over 1,300 foreign students attend Oregon State University (OSU) each year. Political science, journalism, and business are common undergraduate majors. Additionally, Oregon’s programs in fine art and environmental studies draw a lot of students. It has a lower cost of living than other west coast states, so you can get more education for your money here.

Oregon State University provides undergraduate, graduate, and research programs in the arts, sciences, medical sectors, and geosciences. In Corvallis, Oregon, there is a renowned public university called Oregon State. It is a sizable university with 18,496 undergraduate students enrolled. 82% of applicants are accepted into Oregon State. Computer science, business, and mechanical engineering are popular majors.

2. The University of Portland- In Portland, Oregon

The University of Portland is a top university overall, with a Best Colleges ranking of #294 out of 2,241 institutions globally. In the most recent year for which we have data, about 113 engineering students at the University of Portland received this degree. Graduates with engineering degrees often start their employment with an average salary of $64,118. The average cost of its tuition after awarding financial aid is $37k, and its graduation and acceptance rates are 82% and 81% respectively.

There are now four schools at Oregon Health & Science Institution (OHSU), a public research university with a primary concentration on science and engineering. It provides biomedical engineering, which includes research across many disciplines and scales that is applied to important medical issues. The Oregon Health and Science University’s engineering program has a sliding application deadline. For citizens of the United States and international students, the application price is $70 each.

There is a private Christian university called George Fox University. It was originally established in 1891 as a Quaker school and is today the biggest private university in Oregon, serving more than 4,000 students across its main campus in Newberg, locations in Portland and Redmond, and online. Out of 31 universities in Oregon, this university is ranked eighth for overall quality.

In Portland, Oregon, there is a public research institution called Portland State University. As a post-secondary educational facility for World War II veterans, it was established in 1946. Over the subsequent two decades, it developed into a four-year institution and was given university status in 1969. It is the only public university in Oregon that is situated in a major metropolis. In terms of overall quality, this university is ranked sixth out of 31 universities in the state of Oregon.