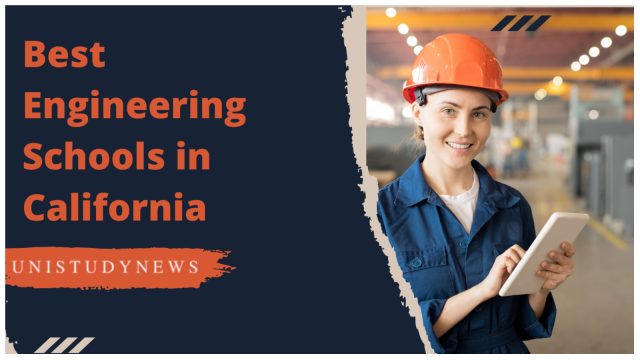 Why do so many foreign students and citizens of other states desire to study in California? Simply said, California offers everything! A global hub for the entertainment, information, education, and technology sectors, California has one of the greatest economies in the world. California contributes significantly to the agricultural, aerospace, and industrial industries nationally, which is why several institutions have developed excellent and reasonably priced programs with a concentration on engineering and technology—as well as other subjects. California is a big state that allows students to select almost any topic of study because of its vastness.

If you want to study engineering, California has a number of highly-ranked engineering schools. Here are a few options:

In Pasadena, California, there is a private research institution called the California Institute of Technology. The institution is renowned for its strengths in science and engineering and is one of just a handful of American technological institutes that focus entirely on teaching the pure and applied sciences. One of the top academic institutions in the world is Caltech. Caltech is a top-ranked engineering school known for its strong programs in Aerospace, Chemical, and Electrical Engineering.

Both Ph.D. programs and part-time study programs are available. The Geffen School of Medicine at UCLA and the Keck School of Medicine at USC both offer dual M.D./Ph.D. programs for students interested in a career in medicine. International students must also pay a $100 application fee in addition to U.S. citizens. The doctoral student-to-faculty ratio in 2021 is 4.7:1. There are 105 full-time faculty members employed at the California Institute of Technology’s Division of Engineering and Applied Science. Its average tuition fee after financial aid is $27k, its graduation and acceptance rates are 92% and 4% respectively.

About 16% of candidates for Stanford’s engineering degree get accepted, making it quite competitive. Stanford’s tuition runs roughly $74,000 per year. International students must also pay a $125 application fee in addition to U.S. citizens. Full-time students pay $57,861 in tuition per year. In 2021, there are 6.5 students for every faculty member. There are 283 full-time faculty members employed at Stanford University’s School of Engineering.

Graduate students at the UC Berkeley College of Engineering have a choice of eight specializations, including Applied Science & Technology and Industrial Engineering & Operations Research. At Berkeley, a master’s in engineering generally requires two years of study, however, students have the option of enrolling in the one-year Berkeley Engineering Professional Master’s Program. The admission rate for the 55 engineering degree programs is roughly 9%.

With 192 full-time faculty members, the University of California, Los Angeles (UCLA) boasts a sizable program. It is in Los Angeles’ Westwood neighborhood. UCLA has a highly-ranked Department of Electrical Engineering, as well as other engineering programs. With 31,068 undergraduates enrolled, it is a sizable university. Given that UCLA’s acceptance rate is 14%, admissions are incredibly difficult. 3,331 undergraduate and 2,185 graduate students signed up for the engineering program for the 2020–2021 academic year.

940 undergraduate engineers graduated in the summer of 2021. For U.S. citizens and $140 for foreign students, respectively, is the application cost. In-state full-time tuition is $13,036 per year, while out-of-state full-time tuition is $28,138 per year (out-of-state). The doctoral student-to-faculty ratio in 2021 is 5.8:1. There are 191 full-time faculty members employed at the University of California, Los Angeles’ Henry Samueli School of Engineering and Applied Science (Samueli).

For citizens of the United States and international students, the application price is $90 each. Both the full-time and part-time tuition rates are $2,309 per credit. The doctoral student-to-faculty ratio in 2021 is 5.6:1. There are 189 full-time faculty members employed at the University of Southern California’s (USC) Andrew and Erna Viterbi School of Engineering (Viterbi).

In San Diego, California, there is a renowned public institution called UC San Diego. 30,939 undergraduate students are enrolled, making it a sizable university. Due to the 37% acceptance rate at UC San Diego, admissions are quite difficult. The University of California-San Diego’s (UCSD) Engineering School provides an impressive 41 engineering degree options! The UCSD engineering program presently has 5,857 undergraduate and 2,951 graduate students enrolled.

This program offers internships during the summer with regional businesses including Cisco Systems. For U.S. citizens and $140 for foreign students, respectively, is the application cost. Full-time in-state tuition is $11,442 per year. The application deadline has been slated for November 30th and the application fee is $70.