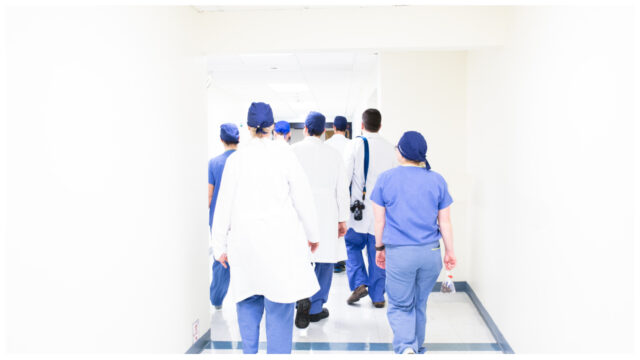 Healthcare professionals are always in high demand all over the world as many countries are in need of healthcare professionals. If you want to study nursing, it is important you find a program in one of the best countries that offer it. If you want to study nursing, you will go through theory and practical, some coursework, and placement where you work in areas like surgery, accident and emergency, medicine, and other critical care.

While it is more comfortable, and most likely more convenient, to finish a Nursing degree in the home country, students are still applying for visas and booking flights worldwide. And it is not merely because studying abroad is a fad. It is because finishing a degree in a different country takes the challenge to another level and the opportunities for growth and learning seem endless, too.

Thinking about the post-graduate nursing profession gives another good reason to consider studying abroad as well. Students looking to find work outside their home country might find it sensible to finish their studies abroad.

Whatever the reasons for taking a complete Nursing degree abroad, it is never wrong to be prepared. Choosing the school and working hard to get accepted is just the tip of the preparation iceberg. Beneath that lies other things the students must keep in mind while studying for a couple of years away from home. Since finishing a degree may take over three years, it is also vital to consider which countries can make the experience truly worth the sacrifice to be away from home. In this article, we will be going over the best countries to study nursing in.

There are different areas of specialization in nursing you can choose, i.e.; Child nursing, mental health nursing, midwifery, and adult nursing.

Nursing is one of the best career paths, and studying nursing abroad, comes with great career opportunities during the study and after graduation. Most institutions offering healthcare-related programs are accredited by top accreditation bodies, and you can work and earn once you have a work permit.

The best countries to consider studying nursing in are;

Considered the largest country globally, Russia has a unique location on the globe, both lying in Asia and Europe, making it an excellent option for international students as it shows diversity. Russia continues to provide quality education in various programs, including Nursing.

Russia’s higher education is known for quality education at an affordable price. Universities in the country provide excellent teaching and research in the field of healthcare and medicine.

Moscow State University is considered one of the leading providers of nursing programs in the country, and they have a good academic standing. One more university, the Peoples Friendship University of Russia, is known for producing globally competitive graduates and working in different countries.

According to some polls, Canada is ranked as having the best cost of living. This is one of the reasons the country is an educational destination. Canada also offers quality educational programs in nursing which are made available as regular degrees and accelerated degrees.

South Korea has also emerged as one of the countries offering the best nursing programs. Although people speculate that studying in Korea and having a nursing career is tough and stressful, the demand for graduates has swelled to 29% in less than a year.

Nursing is one of the most profitable careers in Sweden because of its professional status. The demand for graduates in this field has increased by over 40% in Sweden in the past few years. BSc Nursing in Sweden is offered by three universities including the University of Gothenburg, Linkoping University, and Karlstad University. Their tuition fee ranges from 11,110- 13,600USD per year.

The duration of this undergraduate program is three years and includes 180 ECTS credits. Their curriculum contains a foundation in nursing, research, degree projects, and many more. To study in Sweden, you may need to learn Swedish.

The cheapest country to study nursing is currently Norway because it offers higher education at public universities that are tuition-free; compared to some other countries where you may have to raise sizable finance, run into debt or get a scholarship.

Their semester fee is about 30-60 euros and upon graduation, you may have paid only 120-300 euros for education. If you chose to study in Norway, you can pick the nursing program at universities such as; the University of Agder, Oslo Metropolitan University, Osfold University College, and Molde University College.

Finishing a degree in Nursing while staying full-time in the United States can bring many benefits and career growth opportunities. As one of the world’s top producers of competent professionals, the United States is also home to some of the best universities globally.

Among the best destinations for a Nursing degree are John Hopkins University, Duke University, and the University of North Carolina Chapel Hill.

Aside from its schools, many reasons make the U.S. a magnet for international students. The country is known for its diversity, which makes adapting and adjusting easier. The primary language is also English.

Thus, students looking to improve their second or third language have the best chance to do so in the U.S. Lastly, the U.S. has one of the world’s best economies. A future career in health services looks promising to international students.

The average tuition fee for a Bachelor’s degree in Nursing in the United Kingdom is between 15,000 and 40,000 Pounds. It will take three years to complete this vocational course but you may be able to join the nursing degree in the second year if you already have a degree in a health-related course such as psychology, physiotherapy, and physiology.

The world’s sixth-largest country, Australia, is known for producing high-quality graduates, including nurses. This country in Oceania is a popular destination for international students taking college programs.

Many students take nursing programs because Australian universities are internationally recognized and give an intensive learning experience to future nurses. Australia is one of the best countries to study nursing because it aims to produce globally competent nursing graduates in the healthcare field.

Since nurses are highly demanded in Australia, a lot of universities offer degrees in nursing. For example, the University of Technology Sydney in Ultimo, Australia, is the leading university for nursing in the country and has an excellent global ranking. If you’re looking for postgraduate programs in nursing, The University of Sydney has those.

Hungary is also one of the countries which offer top-notch educational nursing programs. One of its advantages is that you can take up this program in the English language. It takes 8 semesters to complete a nursing program in Hungary and the cost of their tuition is within the range of 2,500 to 3,300 euros per semester. These fees are set for the University of Pecs, Szeged University, and Semmelweis University.

Foot Locker Athletes Scholarship Program: Who Is Eligible, and What Are...

How to Apply for Financial Aid as an International Student