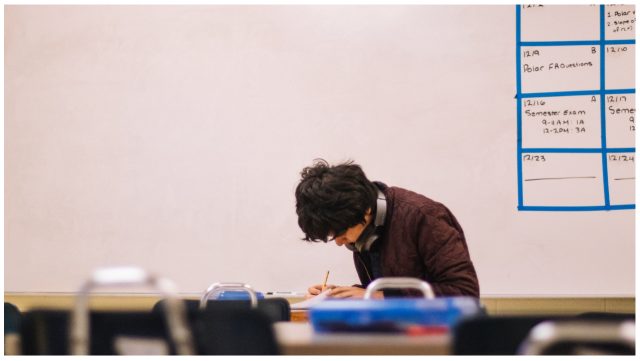 SHARES
ShareTweet
Contents show
1 Colleges That Offer the Best Out-of-State Scholarships
2 Examples of Scholarships offered by these Universities
3 Why so cheap?

As a result, this list exclusively includes public colleges (in other words, they are schools whose tuition price wouldn’t change no matter your location or if you live in the state or not). Institutions with net costs under $15,000 would be the criteria for affordable or cheap universities. I chose institutions that would be less expensive than average for kids who were expecting to enroll from outside the state because the current average public school tuition and fees for out-of-state residents is $22,953.

The out-of-state tuition prices for students attending a university in another state might come as a shock, in which case the top scholarships for out-of-state students are a terrific alternative. These scholarships, which are often offered by a particular college, are made to pay all or part of the cost difference between attending school in-state versus out-of-state. In this manner, regardless of domicile, attending the college of your choice is more inexpensive.

The average proportion of out-of-state undergraduate students who received non-need-based scholarships or grant help in autumn 2020 was 36.3% among the 340 public universities that were listed in the 2022 Best Colleges rankings and who provided this data to U.S. News in an annual survey. However, the average was 95.3% among the top 10 public institutions that offered the highest merit assistance to out-of-state students.

The two institutions with the largest percentage of out-of-state students receiving merit assistance were Purchase College—SUNY and California State University—Fresno, both at 100%. With awards ranging from $2,872 at California State University—Fresno to $19,780 at Winthrop University in South Carolina, the average merit aid package for out-of-state undergraduates at these ten institutions was quite variable.

Examples of Scholarships offered by these Universities

Less well-known colleges are employing cheap tuition rates to lure students to enroll in their programs as a result of the rising degree of competition in higher education. Given that tuition costs are continuing to grow at the majority of institutions, the cost of a college education has become a major problem.

Lowering tuition is the greatest approach for less well-known institutions to become more competitive in the higher education market. Because of this, they are listed as “best value” colleges and will automatically have a solid reputation for being concerned about students’ financial difficulties. Some of these institutions are only committed to lessening the effect that financial worries have on people who decide to enroll in their college, whether they are from inside or outside the state.

For instance, Delta State University charges the same tuition rate for all students regardless of their residential status and claims that this is done in order to “increase financial equity, reduce the impact of financial considerations on educational policy, and increase uniformity across the university.

You might be tempted to put your other objectives on hold in favor of a future without debt after seeing the cheap sticker prices for all these colleges. In the college search process, there are several things besides price to take into account. Even if you are aware that paying for college would be challenging for you, many institutions provide large financial assistance packages to those who can prove their need. Don’t give up your choices for campus life, academic programs, or location merely to save money on education.

I hope that this article on Colleges That Offer the Best Out-of-State Scholarships was helpful.