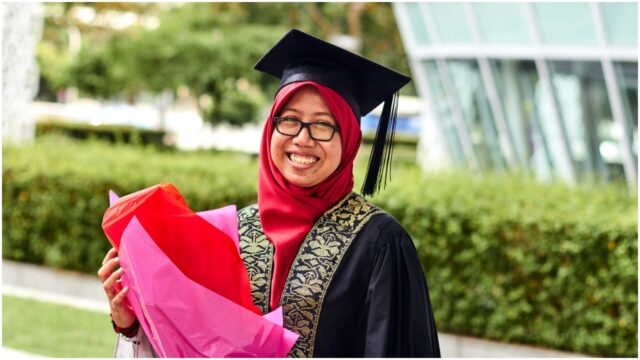 Saudi Arabia has a population of about 30 million, with its diverse culture and tradition, however, Saudi Arabia is one of the peaceful countries for international students to study, and they have some of the top universities which offer scholarships as well.

As we all know, international students will be focusing on knowing how cheaper and affordable their schools can be, well, Saudi Arabia universities are one of the cheapest and most affordable. Saudi Arabia’s main language is Arabic, however, studying in the country will expose you to many opportunities, and there are many English taught programs.

The King Fahd University Petroleum and minerals are known for being at the forefront of excellence in academic performance. The university is known for a strong history and has so many international collaborators in both academic and industries, which have strengthened its focus in some fields such as technology, industry, business, and humanities

King Fahd University of Petroleum and Minerals is a Nonprofit Institution in Dhahran, Saudi Arabia. The university has majors in science, engineering, business, and management programs that are highly regarded in the country as well as in the whole region.

The King Fahd University of petroleum and minerals has over 10,000 undergraduate and graduate students.

This cheap university in Saudi Arabia academically consists of over 100 different departments collectively organized under a series of academic colleges; these include medicine, engineering, business, pharmacy, science & general studies. Doctoral programs are also offered in specific areas. It is further overseen by an international board that boosts its standing.

Alfaisal University is a private, not-for-profit coeducational institute of higher education located in Riyadh, Saudi Arabia. Founded in 2002 by the King Faisal Foundation as a nonprofit student-centered university, Alfaisal University opened its doors and admitted its first 80 students in 2008.

Its student body is made up of a large student population of over 3500 students. Academically, the university consists of the colleges of Engineering (co-ed), Interior Design (females only), Business (co-ed), and Information Technology (females only).

King Abdullah University of Science and Technology is the first mixed-gender university campus in Saudi Arabia. The university offers both undergraduate and graduate programs and English is the official language of instruction.

KAUST offers master’s and Ph.D. programs, some fellowship comes with full free tuition support, monthly living allowance, On-campus housing, health insurance, and relocation support. The IDB-KAUST Ph.D. The Scholarship Program is one of the popular programs that was established in 2012 within the scope of the IDB Merit Scholarship Program and the KAUST Ph.D. Program. How to apply: https://www.kaust.edu.sa/en/study/applying-to-kaust

They offer a wide range of courses for undergraduate and graduates students, which include some of the popular majors, engineering, architecture & design, business, humanities & social sciences, and the college of graduate studies.

King Abdulaziz University is a public university in Jeddah, Saudi Arabia. It was established in 1967 as a private university, by a group of businessmen. The purpose of creating this prestigious university was to promote higher education in the western region of the kingdom of Saudi Arabia.

In addition, king Abdulaziz university receives thousands of applications every year from over 50 countries, this is because of its strong history, and they welcome more international students.

The King Saud University is a public research institution of higher education that was established in 1957. It is the first university in the country and was founded by King Saud bin Abdulaziz, a monarch who has an interest in developing the education sector and other sectors.

King Saud University is known for its high-quality education for both undergraduate and graduate students, the university is in the capital city of Riyadh in Saudi Arabia. The university offers a range of courses including the fields of humanities, natural sciences, healthcare, and engineering. It is also one of the only universities in the country to offer a focused and professional program in nanotechnology.