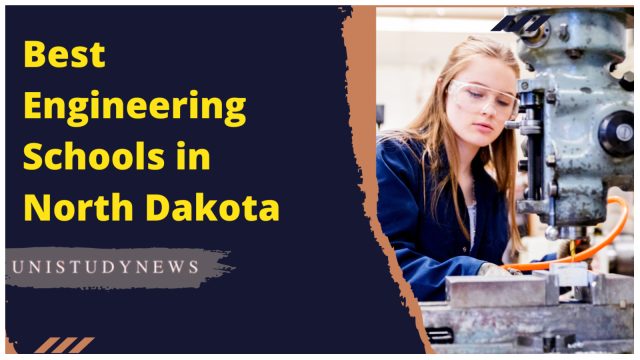 Beyond what the eye can perceive, North Dakota has a true charm that makes it a genuine gem in the rough. Considering that the state is quite big and only has a population of roughly 673,000, there is plenty of space to roam. North Dakotans may easily travel in and out of the state because it is bordered by Canada to the north, South Dakota to the south, Minnesota to the east, and Montana to the west. Though the majority of the state’s population resides in Fargo, Minot, and Grand Forks in the eastern portion, the capital, Bismarck, is situated in the southern part of the state. Despite the fact that more North Dakotans are relocating from rural to urban regions, the state’s economy continues to be centered on agriculture, manufacturing, and mining.

Numerous overseas students attend North Dakota’s universities because of the state’s robust university system as well as its rich history and lovely scenery. In addition to a few tiny private and tribal institutions, there are eleven state universities and colleges. The University of North Dakota (UND), headquartered in Grand Forks, and North Dakota State University (NDSU), located in Fargo, is the state’s two biggest public universities. To reduce tuition costs, international students in North Dakota can research the numerous scholarships that are available. International undergraduate students can pay only half of the non-resident tuition rate thanks to the Academic & Cultural Sharing Scholarship, saving them thousands of dollars.

For students interested in earning an engineering degree, North Dakota State University‘s Main Campus is a solid choice. North Dakota State Institution is a public university with a sizable student body that is situated in the medium-sized city of Fargo. In their first few years of employment, engineering program graduates make an average salary of $63,136. Its specialty includes; biological/agricultural engineering, biomedical, civil, computer, electrical/electronic, environment, industrial, materials, and mechanical engineering.

Read Also:  10 Cheapest Community Colleges in the US for International Students.

For U.S. citizens and foreign students, the application fee is $35 each. One of the greatest deals in the nation is offered by the University of North Dakota. Their total annual cost, which includes tuition, fees, and room and food plans, is nearly $3,000 less than the national average. Additionally, they are committed to assisting you in completing your education on schedule, which results in less debt and a quicker return on your investment.

The study of engineering concepts is centered on analysis, problem-solving, and practical application by students. Depending on the level of math, physics, and chemistry preparation, the curriculum can be finished in two or three years.

This College has a School of Applied Sciences, Technology, Engineering, and Mathematics with a program in engineering technology. It is located in Bottineau, North Dakota. You can finish some of the beginning engineering courses at the University of North Dakota through the PrEP Program while attending Dakota College at Bottineau and earning your associate’s degree. Pre-engineering coursework taken before transferring to the University of North Dakota may enable you to complete your bachelor’s degree sooner and for less money.

The University of Mary is a top-notch private Catholic institution, is situated in North Dakota. It is a modest university with 1,812 undergraduate students enrolled. Given that Mary’s acceptance rate is 72%, admissions are a little competitive. Nursing, business, and psychology are popular majors.

On College Factual’s list of the 2023 Best Colleges, UMary is ranked #274 overall quality out of 2,241 institutions nationwide. It now ranks in the top 15% of all American universities. Compared to the previous year, when UMary held the #376 rank on the list of the best overall colleges, this is an improvement.