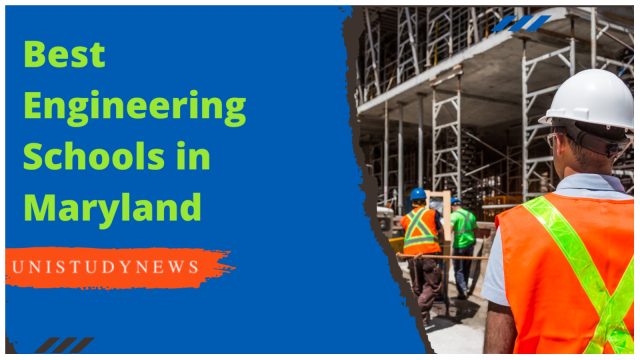 International students studying in Maryland will discover that the diversity and culture of the state’s higher education institutions will suit their needs, even if the majority of undergraduates enrolling in colleges and universities in the state are locals. According to the Maryland Higher Education Commission’s 2010 Data Book, international students made up 4.2 percent of higher education enrollments in 2008, which is more than double the national average of 3.4 percent. There are more than 60 colleges and institutions in Maryland that are available to international students who wish to study there.

You won’t be alone if you decide to study engineering because it is the 7th most popular degree program nationwide. So, while looking for a school, you have a good selection of possibilities. There are several highly-ranked engineering schools in Maryland.

Here are a few options:

Engineering graduates from Johns Hopkins University earn $5,221 more than the typical engineering graduate. The Krieger School of Arts & Sciences and the Whiting School of Engineering’s undergraduate students operate from their Homewood campus in Baltimore home. This university has a highly-ranked Department of Mechanical Engineering and Materials Science, as well as other engineering programs. International students must also pay a $75 application fee in addition to U.S. citizens.

Full-time students pay $58,720 in tuition per year. The doctoral student-to-faculty ratio in 2021 is 5.1:1. There are 232 full-time faculty members employed by the Whiting School of Engineering at Johns Hopkins University (Whiting).

2. The University of Maryland, Baltimore County

In Baltimore County, Maryland, there is a public research institution called the University of Maryland, Baltimore County (UMBC). It had 13,991 students enrolled in the autumn of 2022, 61 undergraduate majors, over 92 graduate programs, including the first university research park in Maryland, and 38 master’s, 25 doctorate, and 29 graduate certificate programs. For citizens of the United States and international students, the application price is $70 each. In-state full-time tuition is $679 per credit; out-of-state full-time tuition is $1,166 per credit; and part-time tuition is $679 per credit (out-of-state).

In the most current data year, UMCP awarded this degree to roughly 1797 engineering students. Following graduation, engineers generally make $70,887 in their first five years of employment. The University of Maryland has a top-ranked Department of Aerospace Engineering, as well as strong programs in other engineering disciplines. International students must also pay a $75 application fee in addition to U.S. citizens. Full-time tuition costs $768 per credit for in-state students, $1,706 per credit for out-of-state students, and $768 per credit for part-time students (out-of-state). Its application deadline is January 20th and its acceptance rate is 51%.

Maryland is home to Morgan State, a public institution. Being a historically black university, Morgan State has a long history of supporting the education of African Americans. It is a mid-sized university with 5,581 undergraduate students enrolled. Given that Morgan State’s acceptance rate is 74%, admissions are a little competitive. Popular majors include business, liberal arts and humanities, and civil engineering. Alumni of Morgan State earn an entry-level income of $27,900, with a graduation rate of 46% of students. The application deadline for Morgan State University’s Clarence M.

Read Also:  Foot Locker Athletes Scholarship Program: Who Is Eligible, and What Are the Requirements?

Engineering students might be well to choose Loyola University Maryland. Loyola Maryland is a private, non-profit institution with a sizable student body that is situated in the sizable city of Baltimore. In Maryland, this university is ranked fifth overall in terms of quality out of 34 institutions. In the most recent academic year for which data are available, around 42 engineering students from Loyola Maryland received degrees in that field. Graduates with engineering degrees generally start their professions with an annual salary of $67,844.

Loyola has a small but highly regarded program in Mechanical Engineering. Its application deadline is January 15th, its acceptance rate is 80% and its estimated tuition is $37k. For the application process, a fee of $60 and a high school GPA are required.
United State Naval Academy- Maryland’s Naval Academy is a prestigious state university.

It is a modest university with 4,594 undergraduate students enrolled. Due to the Naval Academy’s extraordinarily low acceptance percentage (9%), admissions are incredibly competitive. Political science and government, engineering, and economics are common majors. 90% of Naval Academy students graduate.

It is ranked as the #47 best college in America for engineering. Its application deadline has not yet been set, its acceptance rate is 9%, and its estimated tuition is $37k. For the application process, a fee of $60 and a high school GPA are required.